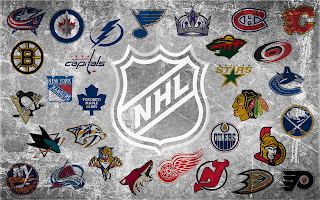 Posted by Unknown at 7:29 PM No comments: 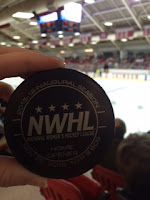 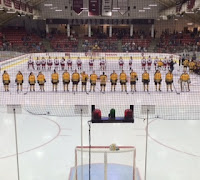 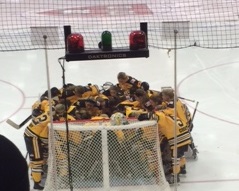 As I mentioned before, I started reading hockey romances when I became Samantha Wayland's critique partner. Have you read her books? They're fantastic, and I cannot recommend them highly enough. Her characters jump off the page and demand attention. Even if ménage and male-male aren’t your thing, you should still give her a try. Her books are so well written that you’ll be hooked. I’d never read male-male until her Hat Trick series. In fact, I’d hesitated to read them since I'd only read straight romances and wasn't sure if I'd like them, but boy, was I missing out. As a romance reader, I love seeing the heroes vulnerable as they fall in love. Well, with male-male, you get to see it happen twice. How could I not fall in love with strong heroes falling in love with each other? So if you’re on the fence, I say, give them a try. You can thank me later.


After devouring Sam’s books, I searched for other hockey romance authors to binge read, and there are quite a few out there. I can definitely recommend the following:

Toni Aleo's Assassins series was the first hockey series I read after Sam’s books. Her heroes are awesome. I instantly fell in love with the team. Each book was better than the last, and if Jordie, her hero in the last book, Overtime, doesn’t break your heart, than I don’t know what to tell you. I definitely sobbed at the end of that one.
Her second hockey series, the Bellevue Bullies features a heroine who's goal is to make and NHL team. She's feisty and strong, and the banter with the hero is fantastic.

Catherine Gayle's Portland Storm series is a must read. Her plots tackle hard issues, including abuse and serious illness. Each book will pull at your heartstrings and after reading the first in the series, Breakaway, I was immediately hooked, and needed a box of tissues. (Currently free on Amazon, so you have no excuse not to download it!). Another thing I love about Catherine's books is that she has a lot of scenes actually on the ice. Some authors spend more time focusing on the players' lives off the ice, but Catherine's books put you right in the game. I've learned quite a few hockey facts from her books. A true combination of romance and hockey in her books.

Helena Hunting's Pucked series will have you laughing your ass off. I dare you not to chuckle at the antics her characters find themselves in. All I will say is watch out for the caped MC and spiders!

I also loved The Deal by Elle Kennedy. Pretty sure I read it in one sitting, smiling for most of it, with a few shed tears along the way. It's a great start to her Off Campus series, and you should definitely try her books.

If you like hockey and great characters falling in love, than you cannot go wrong with any of the above suggestions. Try a few out and let me know your favorites.